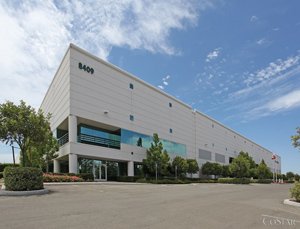 By contrast, outlying submarkets to the north and south continue to struggle with vacancy rates well above the recent county total of 10.5 percent, with some veering closer to 20 percent during the depths of the recession.

The lagging submarkets have included Carlsbad and Oceanside to the north, and Otay Mesa to the south, all of which continue to struggle with relatively high vacancy rates despite a general recovery in the overall economy.

According to the brokerage firm Colliers International, Carlsbad’s industrial vacancy rate stood at 13.9 percent at the midpoint of 2012; Oceanside’s was 14.1 percent; and Otay Mesa’s was 18.8 percent, after reaching 22.5 percent earlier this year.

However, experts say there are signs of hope for those regions looking to fill the empty slots, thanks in part to recent upticks in demand among certain industries for distribution, research and development facilities.

For one thing, only so many firms can fit into places like Kearny Mesa, which posted a vacancy rate of just 5.5 percent at the mid-point of 2012.

“There just are not a lot of big blocks of space left in central San Diego,” said Bryce Aberg, a senior vice president with brokerage firm Cassidy Turley San Diego. “There’s only so much land, and right now you can’t just build some more.”

Local brokers note that Otay Mesa, for instance, is in the midst of the region’s biggest comeback so far this year. In the second quarter, it accounted for 38 percent of all of San Diego County’s positive industrial space absorption, via several big lease signings.

Much of the current industrial demand is in distribution, and Aberg said some of this growth stems from Otay having more large spaces available at the moment than most other local submarkets.

Pacific World, for example, was looking to boost its distribution capacity, to complement its manufacturing facilities in the Tijuana area. Other companies with operations on both sides of the border have been attracted to Otay area by access to recently improved highways that are easing access to markets to the north.

Aberg said North County industrial markets are not only farther from the border, but also compete for tenants with markets in neighboring Riverside and Orange counties. One result is that rent breaks and other tenant incentives remain much more common in North County markets than in central San Diego.

However, there are trends that the North County submarkets can capitalize on, in order to fill long-unused buildings.

Growth in those types of businesses could counteract the downsizing trend seen in other industries — for instance, Callaway Golf Co. has recently been cutting Carlsbad space requirements as it streamlines operations and moves manufacturing to places such as Mexico.

Biotech and medical device growth could also help North County counterbalance the recent loss of manufacturing companies like the defunct Aptera, an electric car maker that left a large amount of vacated space.

Greenberg said the region also has a large inventory of available multitenant industrial sites, which have recently housed a growing number of early-stage, service-oriented businesses. In Oceanside, those have included a glass replacement company, a sheet metal fabricator, a vending machine service firm, sign companies and clean-tech equipment installers.

Those types of facilities have been filling up fast in central San Diego. “We’re not seeing a lot of new development of these multitenant incubators, and there’s not a lot of tenant turnover in them,” Greenberg said.