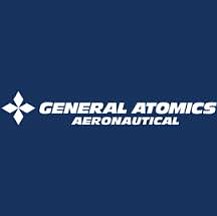 Gray Eagle is the Army variant of GA-ASI’s Predator aircraft, which runs on heavy fuel.

Work will run through May 2017 and will be performed in Poway.

The Army Contracting Command of Redstone Arsenal, Ala., awarded the deal.

In other news, GA-ASI said on March 16 that its Predator B fleet reached 1 million flight hours on Feb. 20 after flying 78,606 sorties. The U.S. Air Force and Royal Air Force call Predator B by the name Reaper.