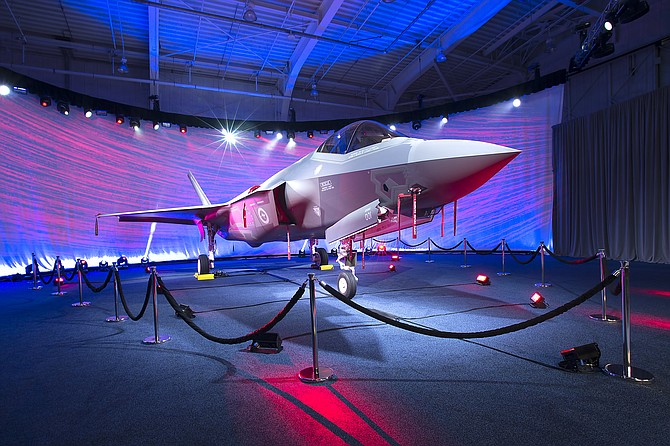 The U.S. Navy awarded Centurum Information Technology, a New Jersey company with an office in San Diego, a satellite communications support contract that could be worth up to $11.67 million over one year. If the Navy exercises options for a second through fifth year, the value of the work could grow toward a maximum $59.4 million by November 2024. Some 40 percent of all work will be performed in San Diego.

The U.S. Navy awarded Lockheed Martin Corp. an $831 million contract modification for the production and delivery of 15 F-35A aircraft for the government of Australia. Aircraft will be built in Fort Worth, Texas. Some 2% of the work, or roughly $16.6 million, will be performed in San Diego. Work is expected to be complete by March 2023. The Naval Air Systems Command of Patuxent River, Maryland awarded the contract, announced on Nov. 26.

The bulk of the work will be done in Massachusetts, but 7% of the contract, worth $6.8 million, will be performed in San Diego. Work will run through November 2020. The Naval Sea Systems Command at Washington Navy Yard in Washington, D.C. awarded the contract, announced on Nov. 22.

The U.S. Navy awarded Raytheon Co. a contract modification for DDG 1000 destroyer integrated logistics support and engineering services. DDG 1000 is an advanced, experimental destroyer class comprised of the USS Zumwalt and two sister ships. The third ship in the class, named after President Lyndon Johnson, has yet to be commissioned. Some 42% of the work, worth $3.9 million, will be performed in San Diego. Work is expected to be complete by October 2020. The Naval Sea Systems Command of Washington, D.C. awarded the contract, announced on Nov. 21.