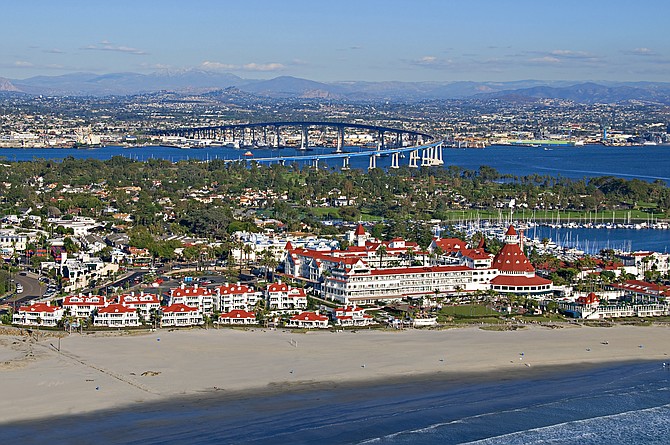 It is roughly the number of inches in a mile.

More significantly, it’s the number of hotel rooms you will find in San Diego County, according to the local tourist industry.

This week’s list takes a measuring stick to San Diego’s hotel industry. Those 64,228 guest rooms, with adjoining convention spaces and amenities, add up to some serious money.

Direct visitor spending was $11.5 billion in 2018, according to the San Diego Tourism Authority.

There are five hotels in the county with more than a thousand rooms. Three of them are in San Diego’s downtown core, within easy walking distance of the San Diego Convention Center. A fourth is almost downtown, on Harbor Island, a short sprint from the San Diego International Airport. The fifth is in the backcountry at San Diego County’s biggest casino hotel. Harrah’s Resort Southern California (No. 4 on the list) has 1,087 rooms, including 147 suites, on land owned by the Rincon Band of Luiseño Indians.

The Manchester Grand Hyatt San Diego occupies the top spot on this week’s list, which ranks hotels by number of guest rooms. The business has 1,628 rooms, including 76 suites.

Hotel Circle and Its Predecessors

The Town and Country San Diego (No. 6 on the list) is the big fish in Mission Valley, with 917 rooms. Forty are suites.

The new Sycuan Casino Resort makes its debut on the list at No. 31. It has 302 rooms, including 57 suites.

On Mission Bay, the Paradise Point Resort & Spa (No. 11) has the greatest number of accommodations, with 462 rooms. Some 73 are suites.

North County’s largest hotel, measured by number of rooms, is the Omni La Costa Resort & Spa, which boasts 607 rooms, including 214 suites. It has the No. 8 spot on the list.

San Diego’s grand dame hotels include the Hotel del Coronado, No. 7 on the list with 757 rooms (142 are suites). Some portions of the hotel date back to 1888.

The list presented here evaluates the 40 largest hotels in the county. The Park Hyatt Aviara in Carlsbad, No. 25 on the list, received a five-star rating from AAA, as did the Fairmont Grand Del Mar, No. 38 on the list. The five-

diamond rating signifies the ultimate in luxury, sophistication and comfort. The four largest downtown hotels on the list have a four diamond rating, as do many others in the top 40.

Data gathered by the San Diego Business Journal show the largest hotels are among the largest employers. The top three hotels in on the list employ 780, 686 and 727 employees respectively. The Hotel del Coronado is an exception, with a reported 1,200 employees.

Casino hotels also have larger staffs, since they maintain rooms full of slot machines and table games, and offer extensive restaurant options. The Sycuan casino complex, which just added a hotel, now has 2,567 employees, up from 1,806 last year. The Pala Casino Spa & Resort, No. 10 on the list, had 1,865 employees as of January. Harrah’s has 1,600 employees. 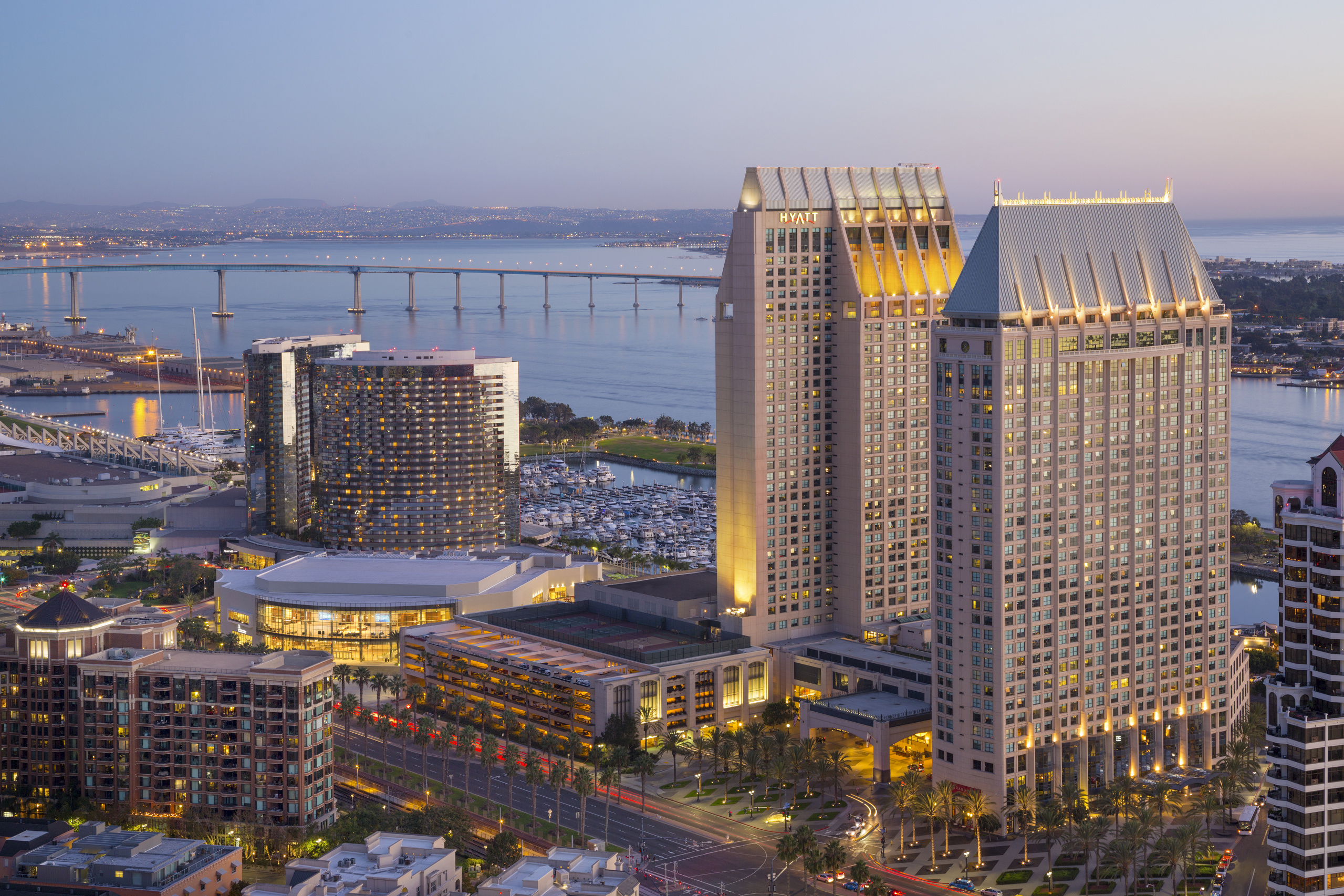 Many San Diego hotels can give up sizable space to conventions. But no hotel can beat the 525,700 square feet of ground floor exhibit space offered by the San Diego Convention Center. The Sails Pavilion at the top of the building offers another 90,000 square feet.

Clustered around it are convention hotels with some of the biggest meeting facilities in the city.

A long-discussed expansion of the convention center would increase that venue’s space by 33 percent, and —

according to proponents — put San

Diego in line for bigger conventions. Voters will decide in 2020 whether to raise hotel room tax to fund the convention center expansion.

A separate effort is in the works to build a convention hotel on the Chula Vista waterfront. If developers follow through with their plans to build a 1,600 room hotel, it would take the No. 2 spot on the list, behind only the Manchester Grand Hyatt. The $1.1 billion development would also be one of the largest convention spaces in the region, with 275,000 square feet planned. The Port of San Diego, city of Chula Vista and RIDA Development Corp. plan to build the hotel, which would be operated by Gaylord Hotels.