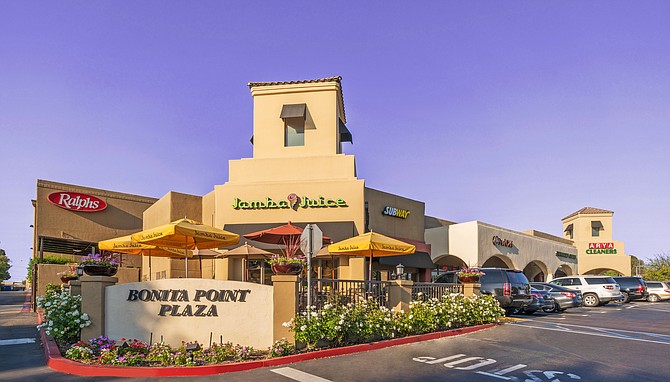 A Chula Vista shopping center has been sold for $30.7 million.

The seller was Bonita Point Plaza, a limited partnership managed by Sudberry Properties.

“Bonita Point is a necessity-based retail opportunity with both drug and grocery anchors and an attractive and complementary food experience which serves both the adjacent student population and the local trade areas,” said Doug Arthur, president and CEO of SENTRE.

“We look forward to further modernizing the shopping center, fine-tuning the retailer mix and continuing to serve the neighborhood,” Arthur said.