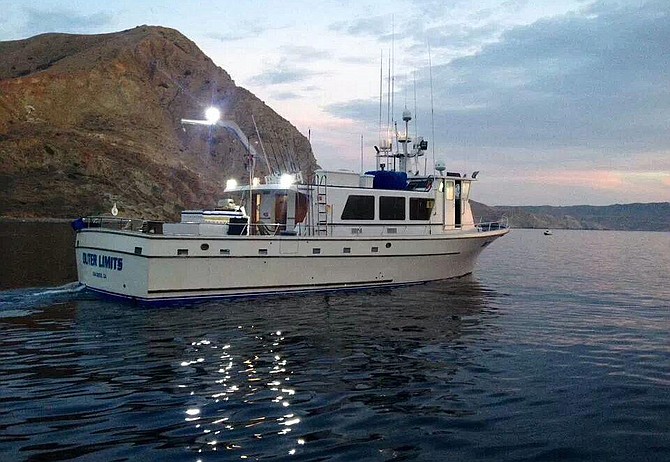 The sportfishing industry in San Diego, which has long served as a magnet for tourism and an economic driver for the region, is in the midst of a boom that may be unprecedented since the sector was established in the 1930s.

“These last four years have been fantastic,” said Ken Franke, president of the Sportfishing Association of California, a San Diego-based sportfishing industry trade group. The SAC works with government regulators and counterparts in Mexico to represent the industry’s interests.

Among the factors leading to industry’s strong performance are conditions in local coastal waters that have resulted in very large bluefin and yellowfin tuna and yellowtail, ranging in weight from 15 pounds all the way up to 300 pounds, feeding within 20 miles of the entrance to San Diego Bay. Add to that a humming economy, and sportfishing boats are going out packed with anglers on a near continuous basis during the peak fishing season, which can start as early as April and run through late October or early November.

The same oceanic conditions that have brought a large biomass of bait fish such as sardines and anchovies close to shore, where big fish feed on them, have also brought a confluence of blue whales near San Diego’s coastline, making for excellent whale watching, said Franke. Whale watchers can also view the annual migration of California gray whales heading to calving grounds in Mexico.

In a recent interview, Franke said this year’s fishing season, which began at the end of April, was just starting to wind down in early November. “The people slowed down, the fishing is still amazing,” he said.

The goal of San Diego County’s sportfishing fleet of just over 100 commercial passenger boats is to stay as busy as possible, especially in the summer months. When the fishing season is in full swing, Franke said, the boats are running 24 hours a day, seven days a week, on back-to-back trips that are as short as a half-day on up to 10 to 15 days. “Just about everything that floats is underway,” Franke said.

San Diego is a hub for sportfishing in coastal Pacific waters, from Santa Barbara down to Cabo San Lucas in Mexico, Franke said.

Many Are Family Operations 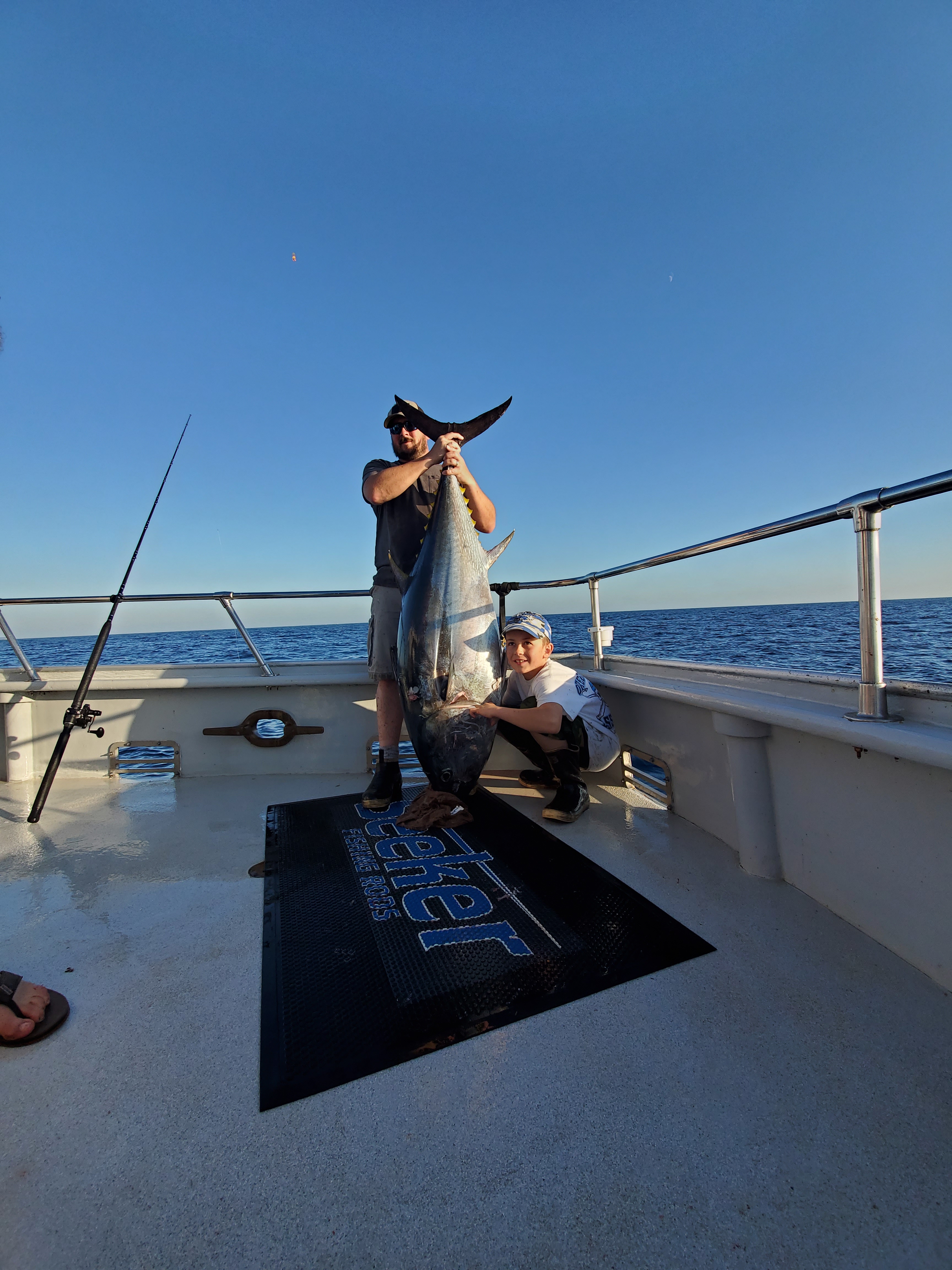 Some of the catch caught from Paul Fischer’s boat, the Outer Limits. Photo courtesy of Paul Fischer.

Most of the boats in San Diego’s fleet are owned by local families, some of which have been in business for multiple generations.

San Diego’s oldest sportfishing landing, H&M landing, was founded in 1935, said Frank Ursitti, managing partner for H&M Landing. Ursitti, who has worked in the sportfishing industry for 43 years, has owned and operated charter fishing vessels, and he purchased an interest in H&M Landing in 2015.

“We’re poised to finish our year with what I believe will be the biggest year in gross sales and ridership since we were founded in 1935,” Ursitti said. While he did not provide revenue figures, Ursitti said ridership on vessels based at H&M Landing is expected to total more than 100,000 anglers in 2019. As of November, he said ridership is up 12 percent over the same period last year.

Among the trends in the sportfishing industry are the advent of two-speed reels and stronger, lighter line that together improve the odds that anglers will land a big fish, said Ursitti. Another change is that younger people and more women are trying their hand at sportfishing.

“We’ve seen a huge surge in female ridership,” said Ursitti. Although women still account for less than 10 percent of total ridership, “There’s a lot of incredibly talented female anglers out there today.”

In the fall and winter, most passengers on San Diego’s fishing boats are locals, but that changes in the spring and summer, when anglers come from all over the world, Ursitti said, including from throughout Southern California and Arizona.

Paul Fischer, who owns and operates the Outer Limits, a 65-foot boat based at the Seaforth Sportfishing landing on Mission Bay, said he’s seeing a steady flow of passengers.

“Business is fantastic,” he said. “Everything is booming for us currently.”

The bulk of his business, said Fischer, is taking charter groups on fishing trips ranging from half-day outings to four days on the water. He recently completed a 123-day stretch of back-to-back trips and expects that his boat will be booked for about 180 days this year. In addition to deep-sea fishing trips off the coast of Southern California and Mexico, Fischer does charter trips for research organizations, technology companies and a small number of whale-watching voyages.

With a crew of five, including himself, Fischer handles groups averaging about 18 passengers for multi-day trips, and up to 42 passengers for trips lasting 12 hours or less. Crew members must wear a lot of hats, from operating the boat, to doing laundry and cooking, to helping anglers land their catches.

“We’re entertainment, we’re a restaurant and a hotel, all wrapped up in one,” Fischer said.

Among expenses, he said, fuel is No. 1, while complying with fishing regulations comes in second. Fischer said he and other fishing boat captains would like to see a conservation area now closed to fishing to protect the California cod reopened, since the population of the fish has rebounded. That action would lead to increased business in the winter season, he said.

Fischer said he is usually booked a year in advance for the summer, and he does little or no advertising, except a Facebook page and Instagram account. “Everything is word of mouth,” he said.

And the word does seem to be getting out, as everyone from blue collar workers to millionaires are getting out on the water. “Fishing is the great equalizer,” Fischer said.