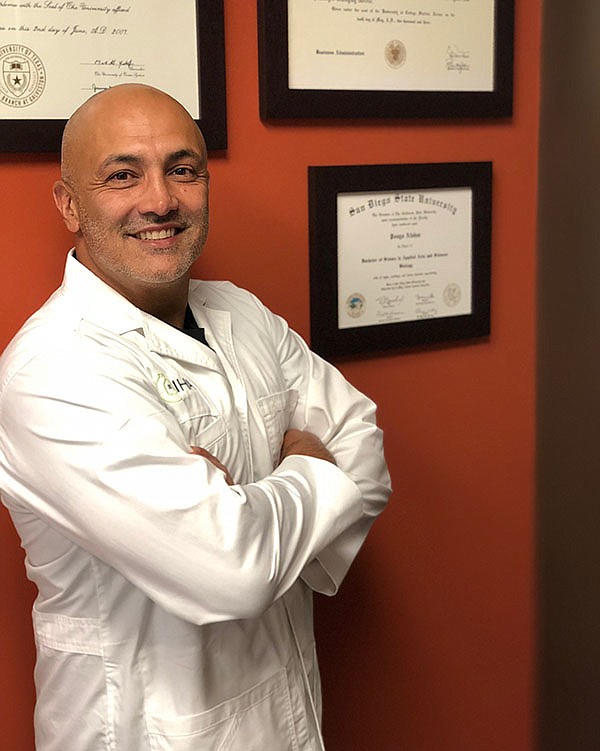 Just 5% of patients account for roughly half of the nation’s health care spending. These “super users” cycle through emergency rooms.

The San Diego startup contracts with health organizations to care for medically complex patients. Its mobile physicians and nurse practitioners regularly visit super users at home, in an attempt to head off health issues and hospital readmissions.

“Unlike most concierge services, we’re not going after a high-income population. We’re going after patients who really need our care,” said Dr. Pouya Afshar, the CEO of Presidium.

Last month, Presidium pulled in $3.5 million in a Series A round. With that, the 50-employee company plans to add an additional 25 workers by the end of next year.

The company’s remote monitoring technology transmits vitals and other health information in real time — and alerts the company in case of emergencies like an Alzheimer’s patient wandering off. In turn, patients can use an electronic fob to call a 24-hour triage line for most of their needs, instead of 911.

In an interview at Presidium’s mission valley headquarters, Afshar held up the device. Its simplicity — it only has one button and a speaker, in the vein of technology from Life Alert — caters to its patients. Many are seniors without a smartphone or don’t grasp apps.

Relatedly, he said tech companies moving into health care — from Amazon to Apple — are ignoring this vulnerable population.

“The rest of the world is looking at the 95% of the population in developing these technology platforms, whether it’s an app, a monitor or some other kind of device,” he said. “But the 5% is where we think the biggest opportunities lie in improving and making an impact in health care.”

Presidium’s team of physicians and nurse practitioners field cases throughout San Diego. Plans call for the company to expand to wider Southern California next year.

Monthly home visits, monitoring technology and a triage line don’t come cheap, but the company argues that proactive care saves money compared with patients repeatedly turning up at ERs and being readmitted.

Hospitals are penalized for high rates of readmissions, and health systems say busy ERs in general aren’t good for the bottom line.

San Diego ER visits, including those that resulted in admission, jumped 16% from 2012 to 2018. In raw numbers, visits went from 876,000 to 1,013,046 during the span, according to data from California’s Office of Statewide Health Planning and Development.

This follows a jump in Medi-Cal patients, some of whom can’t find doctors accepting this type of coverage. Presidium targets high-risk patients with Medi-Cal, a health coverage program for low-income Californians, and its senior cousin, Medicare.

“Our patients seem to have the most difficulty with access to care,” Afshar said.

Presidium’s pitch to health plans: lower costs and better patient outcomes — critical with health payments increasingly tied to the quality of care. The company then gets a cut of the health savings.

But what’s in it for patients?

With the exception of copays, patients aren’t on the hook for Presidium’s services, according to the company. Health plans largely shoulder the cost.

“Ultimately it’s a bond between the patient and the physician. Over time, because of fragmentation of health care, that bond has slowly dissolved,” Afshar said.

Rekindling it, Presidium says, could help fix an attention-grabbing statistic: Just 5% of patients drive about half of the nation’s health care spending, according to a 2016 paper published in the Journal of Managed Care & Specialty Pharmacy.

As a challenge, Presidium must identify which high-cost patients are best served by preventative home care. Off the bat, homeless patients and patients with terminal illnesses can be ruled out.

So said Kip Piper, a health care consultant and former senior adviser to the Centers for Medicare and Medicaid Services, or CMS.

Piper noted a rise in companies specializing in home-based visits, but said most hone in on specific diseases in contrast to Presidium’s broader strategy.

“Even within high-risk, high-cost patient groups, it’s clinically diverse,” Piper said. “It’s difficult to provide all things to all people as far as skilled services.”

“There are other companies out there that provide home-based services,” he said. “You could consider them to be one group of competitors. But it’s also a very fragmented industry and not really targeting the comprehensiveness we’re looking at.”

Afshar is a physician-turned-executive, as are other senior members of Presidium’s team. They saw firsthand how certain patients cycle through ERs and envisioned a better way.

In pilot studies with 1,175 Medicare patients who discharged from a skilled nursing facility, 7.8% of Presidium’s patients readmitted to hospitals within 30 days — less than half the national average for readmissions.

“You spend a tiny more upfront to deliver care available around-the-clock, and at the end of day, you’re not just saving money, you’re providing better care,” he said.